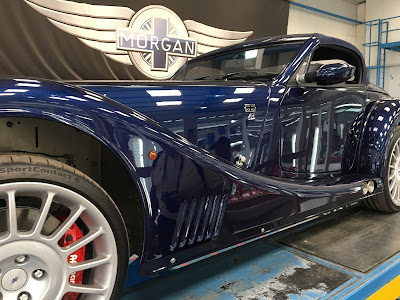 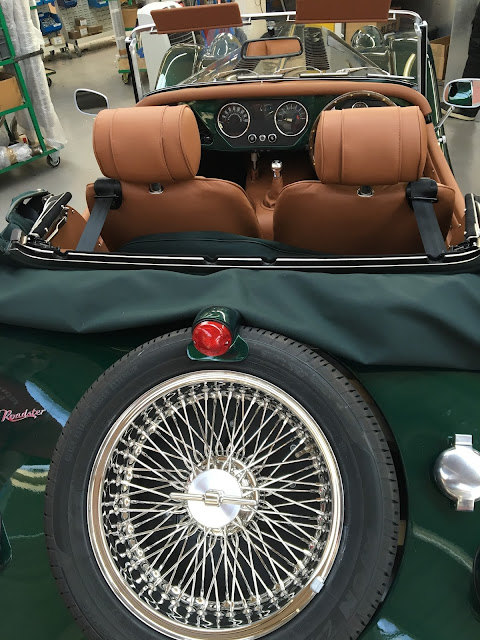 We began our visit to Great Malvern, England, with a tour of the Morgan car factory. Now, as you might imagine, this site has no direct link to C. S. Lewis. However, another person whom I have written about, namely Sheldon Vanauken, who came to faith through C. S. Lewis, bought a car here back in 1967. 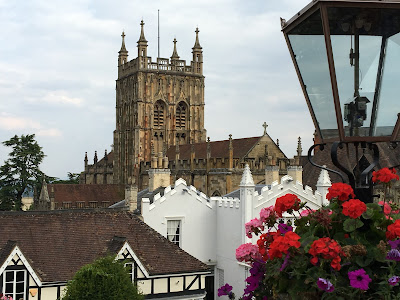 Great Malvern is dominated by the tower of Malvern Priory. Parts of the church building date to 1085. 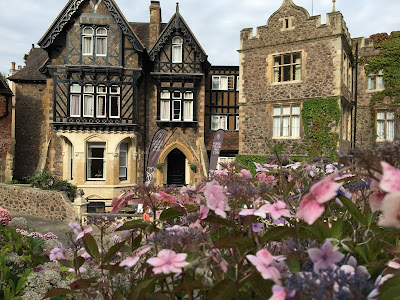 We stayed right next to the Priory in the beautiful Abbey Hotel. At breakfast we had this lovely view of the Priory out of the window by our table.... 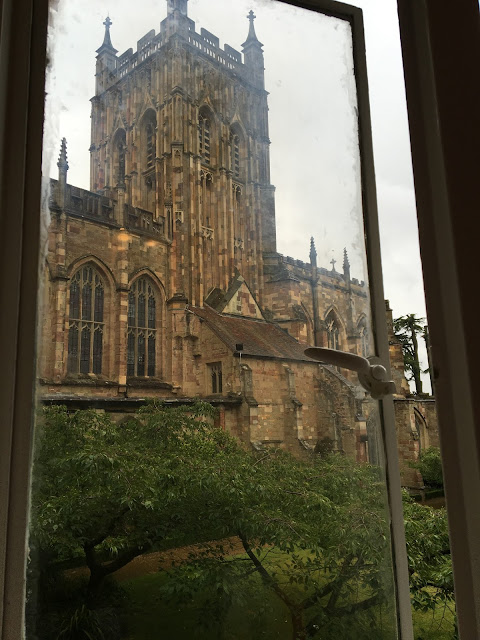 Malvern Priory has a larger display of 15th century stained glass than any church in England. 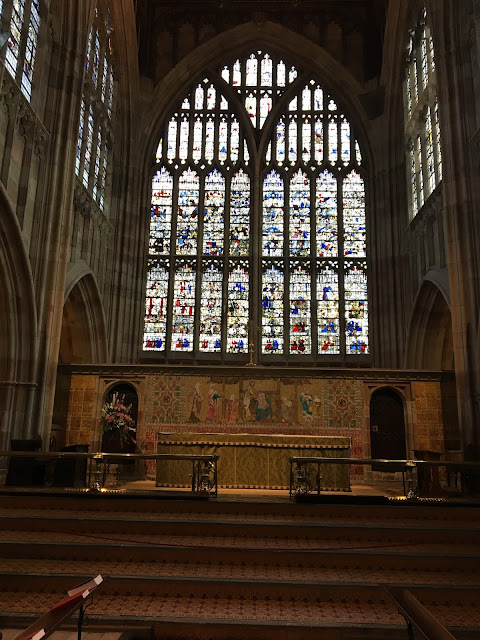 The Priory is also known for its misericords. These are the seats of the Monk's stalls. Each seat is hinged with a ledge underneath on which the Monks could rest, taking the weight off their legs during the numerous long daily services. In this photo a kneeling cushion is resting on the ledge of the misericord. 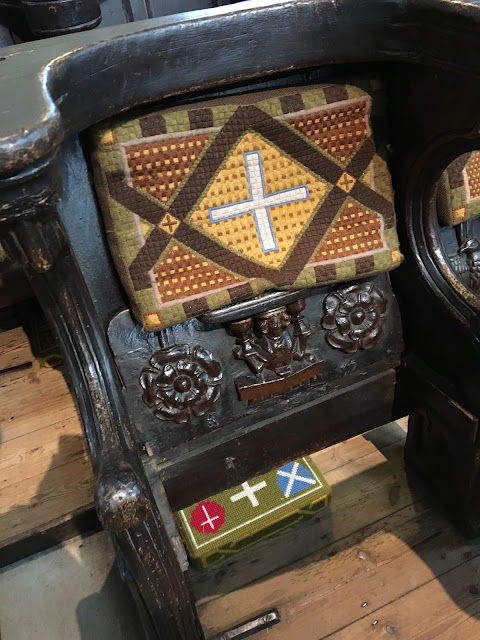 No other church in England has such a well preserved collection of medieval wall tiles. sited on the lower part of the wall behind the high altar.

There are 19 of the larger tiles bearing the date 1453 in Roman numerals. Eleven tiles carry the Arms of England, lions and fleur-de-lys. 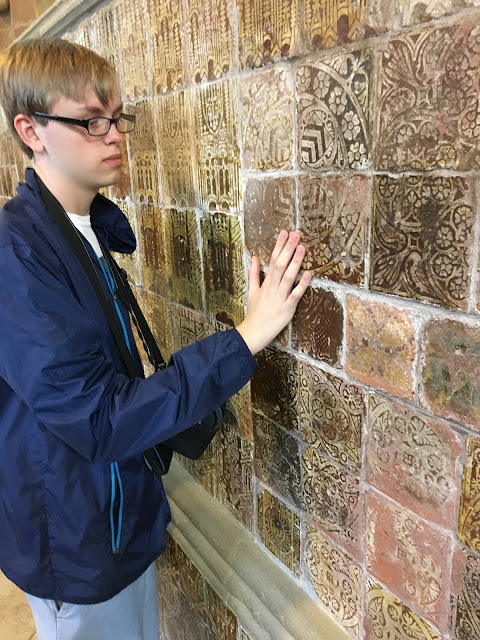 On Easter Sunday 1947, the Lewis brothers celebrated Communion here. The Priory claims that C. S. Lewis' use of a wardrobe and a lamppost as images in The Lion, the Witch and the Wardrobe may possibly have been inspired by something in the church.... 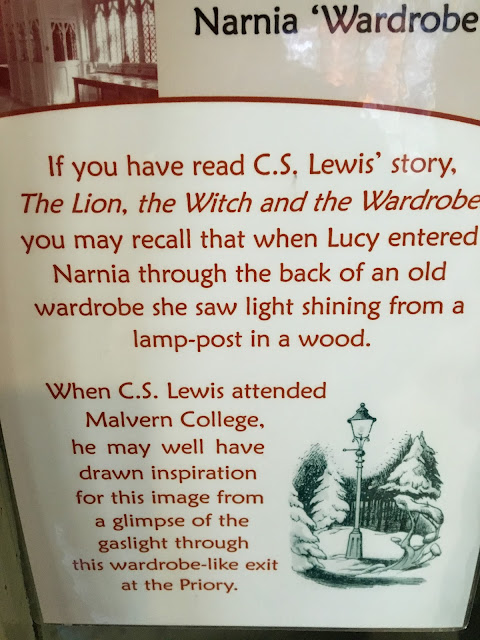 Could this be the wardrobe? 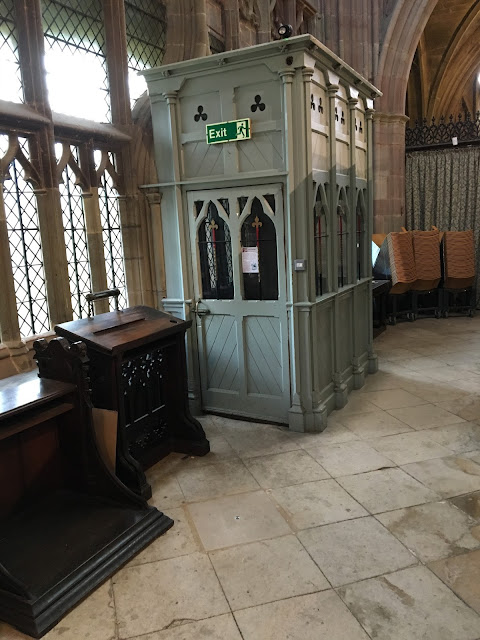 Could this be the doorway to Narnia? 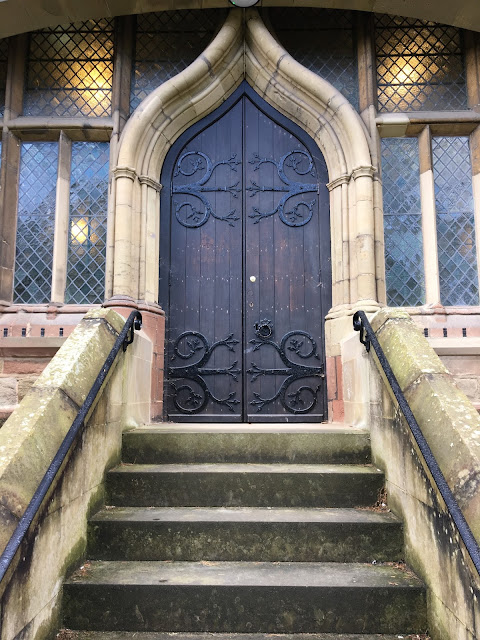 And could this be the inspiration for the lamppost in the middle of a wood? 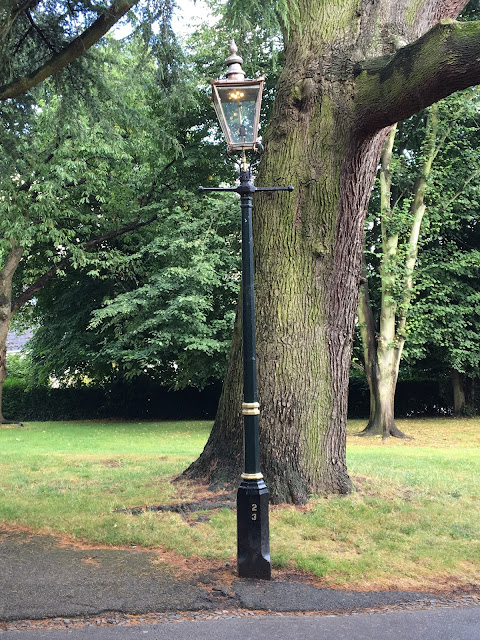 The claim seems to me to be dubious at best. But in my next post we will take a deeper look at C. S. Lewis' real connections to Great Malvern and what inspiration he may truly have received there....