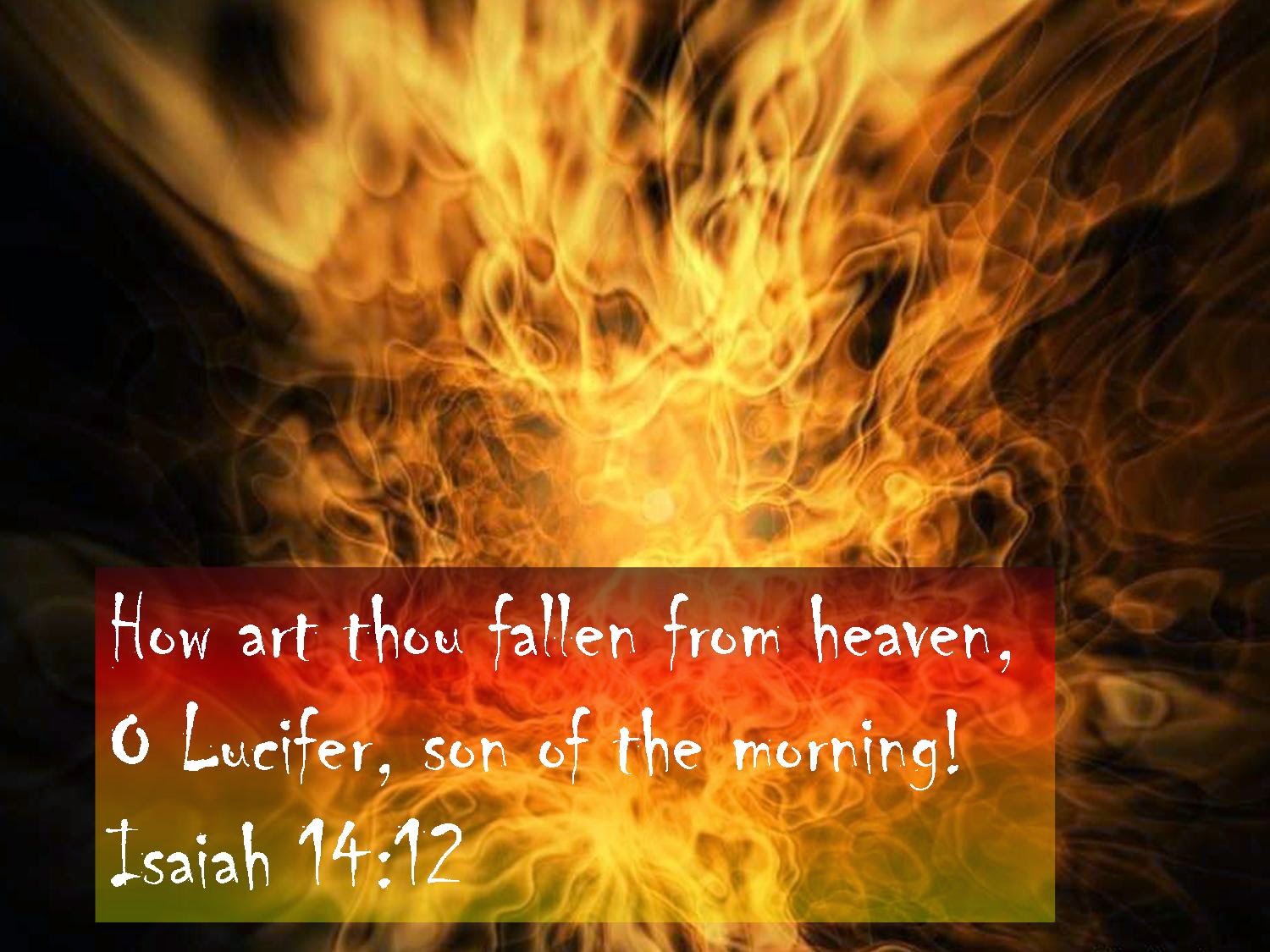 How you are fallen from heaven,
O Day Star, son of Dawn!
How you are cut down to the ground,
you who laid the nations low!
You said in your heart,
“I will ascend to heaven;
I will raise my throne
above the stars of God;
I will sit on the mount of assembly
on the heights of Zaphon;
I will ascend to the tops of the clouds,
I will make myself like the Most High.”
Isaiah 14:12-14 (NRSV)

Out of today’s reading, these verses are the most intriguing to me. As I point out in my book, Mere Theology, the Genesis account never makes any connection between Satan and the serpent in the garden. For this connection we must turn to Revelation 12:9. Though Isaiah 14:12 was thought to refer to Satan’s fall by the translators of the Vulgate and the King James Version, it is now thought that it refers to Nebuchadnezzar. Thus, Revelation 12:7-9 may be the only Scripture that tells us anything about the fall of Satan. However, various interpretations of Revelation 12:7-9 have been offered:


C. S. Lewis has these interesting comments on the existence and fall of Satan in his book, The Problem of Pain….

But the doctrine of Satan’s existence and fall is not among the things we know to be untrue: it contradicts not the facts discovered by scientists but the mere, vague “climate of opinion” that we happen to be living in. Now I take a very low view of “climates of opinion.” In his own subject every man knows that all discoveries are made and all errors corrected by those who ignore the “climate of opinion”

It seems to me, therefore, a reasonable supposition, that some mighty created power had already been at work for ill on the material universe, or the solar system, or, at least, the planet Earth, before ever man came on the scene: and that when man fell, someone had, indeed, tempted him. This hypothesis is not introduced as a general “explanation of evil”: it only gives a wider application to the principle that evil comes from the abuse of free will. If there is such a power, as I myself believe, it may well have corrupted the animal creation before man appeared. The intrinsic evil of the animal world lies in the fact that animals, or some animals, live by destroying each other. That plants do the same I will not admit to be an evil. The Satanic corruption of the beasts would therefore be analogous, in one respect, with the Satanic corruption of man.