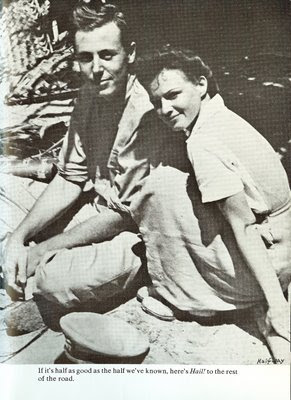 A good crowd gathered at the White Hart Cafe in Lynchburg, Virginia on Saturday, February 7 for a powerpoint presentation I gave on the life and work of Sheldon Vanauken. Van, as he was known to family and friends, was best known as the author of A Severe Mercy, the autobiography of his love relationship with his wife Jean "Davy" Palmer Davis.

It was my privilege to know Van for a brief period of time during the last year of his life. However, present at the White Hart on February 7 were some who knew Van far better than I did--Floyd Newman, one of Van's godsons, and Joseph Nelson, one of Van's former colleagues at Lynchburg College who also knew Davy. As you can imagine a delightful discussion of Van's life followed my presentation.


Earlier in the day I had the pleasure of visiting a couple of Vanauken-related sites near Lynchburg with my host for the weekend, Gail Mitchell. We visited St. Stephen's Episcopal Church in Forest, VA where Van was a member for many years . . . 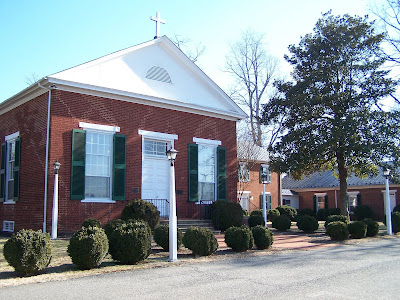 . . . and saw the old stone cross where Van and Davy used to pray, and where their ashes were scattered. 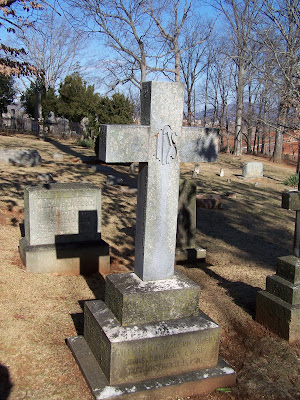 We also had the serendipitous experience of seeing Elk Hill, the former home of Van's friend Lady Frances, on down the St. Stephen's road. This historic 18th century home is now being lovingly restored by the new owner. Van often said that the place reminded him of his boyhood home, Glenmerle. 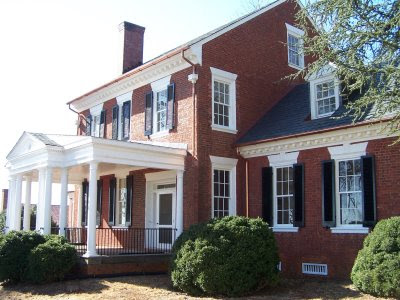 For more information about Sheldon Vanauken and his works click here: www.willvaus.com/sheldon_vanauken.

GingerLand said…
I would love to see the Powerpoint you presented!
4:28 PM

Will Vaus said…
Thanks for your interest. It would be difficult to send you the powerpoint as an e-mail attachment because the file is so large--21 MB.
5:16 PM

Anonymous said…
I was happy to see this posting. I wish I had known about the event. I think of Vanauken often. Sadly I never met him face to face, but I have a tin of his little postcards and letters he sent over a period of 8 years which I treasure. He also incerted little handwritten and some typed pieces in the pages of my copy of 'A Severe Mercy' that had been edited out! I would love to visit the little cottage again.
7:28 AM

I would enjoy hearing more about your correspondence with Van if you would be willing to e-mail me at will@willvaus.com.

Lisa said…
I just finished reading "A Severe Mercy" for the first time. As an already fan of C.S. Lewis, this book really struck me. I loved reading his honest thoughts and insights about life, and the dialogs he had with Lewis were amazing to read. I wish I could've met him as you did.
4:48 PM

I'm glad to hear you enjoyed ASM. You may then be interested in other posts on this blog about Van. I was in Oxford in June and took pictures of places Van and Davy frequented. Those are posted on a more recent blog. There is also stuff on my web site: www.willvaus.com/sheldon_vanauken.

Unknown said…
Hello, thank you for all you have shared, I've enjoyed reading-what cemetery is the cross located in-I live in Lynchburg and would like to visit it. Thank you!
9:18 PM

Will Vaus said…
It is in the graveyard behind St. Stephen's Episcopal Church in Forest, VA. Go under the Mercy!
7:34 AM

John Stroud said…
Can you tell me the address of the Vanauken home in Lynchburg?
10:09 AM