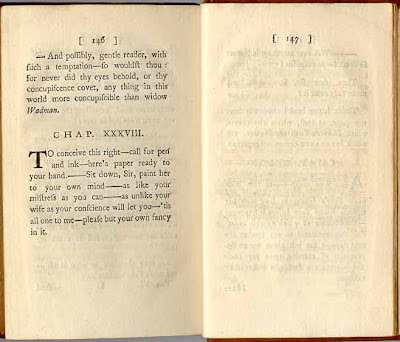 "I think we are rather in this position. Supposing you had before you a manuscript of some great work, either a symphony or a novel. There then comes to you a person, saying, 'Here is a new bit of the manuscript that I found; it is the central passage of that symphony, or the central chapter of that novel. The text is incomplete without it. I have got the missing passage which is really the centre of the whole work.' The only thing you could do would be to put this new piece of the manuscript in that central position, and then see how it reacted on the whole of the rest of the work. If it constantly brought out new meanings from the whole of the rest of the work, if it made you notice things in the rest of the work which you had not noticed before, then I think you would decide that it was authentic. On the other hand, if it failed to do that, then, however attractive it was in itself, you would reject it.

"Now, what is the missing chapter in this case, the chapter which Christians are offering? The story of the Incarnation . . .

"If I accept this supposed missing chapter, the Incarnation, I find it begins to illuminate the whole of the rest of the manuscript." C. S. Lewis, God in the Dock, Part I, chapter 9, paragraphs 3, 4 & 8.