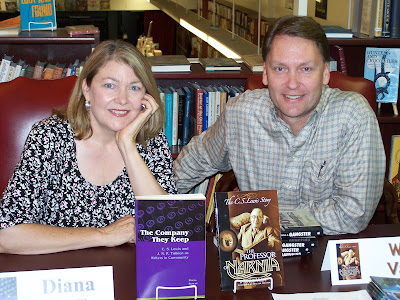 The Professor of Narnia teamed up with Inklings expert Diana Pavlac Glyer, author of The Company They Keep, for a special Narnia Night at the Mystery & Imagination Bookshop in Glendale, California last night. We were joined by many and various Narnia characters. . . . 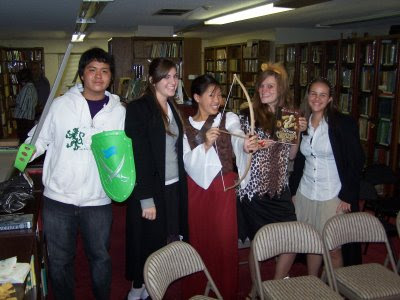 We were told that these were, in actuality, students from a local Christian school who were receiving credit (can you believe it?) for attending Narnia Night and dressing up as Narnia characters!

The upper room at Mystery & Imagination was packed full with C. S. Lewis, Narnia and Inklings fans as you can see from the photo below. . . . 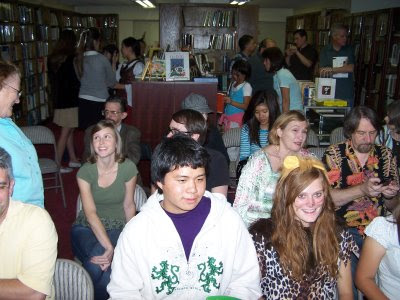 In fact, as the night wore on, we were joined by even more characters. . . . 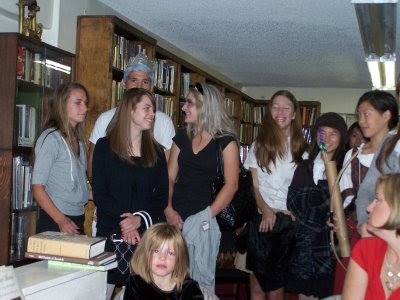 So much so that people were sitting on the stairs, in the aisle, and all over the place! We were even joined by Stan Mattson . . . . . . President of the C. S. Lewis Foundation, protector and guardian of Lewis's house, now a study center, in Oxford, England.

Diana Glyer gave an excellent presentation on literary influence, the Inklings, creative process, and what an important impact writers in community can have upon one another. We both attempted to answer some very astute questions which were put to us as "Lewis & Inkling experts". And it was rather intimidating to be giving answers in the presence of people like Stan and fellow Lewis scholar, Andrew Lazo . . . 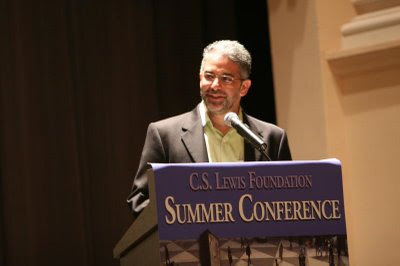 . . . who happened to be present (having come all the way from Houston, Texas) and graciously introduced both Diana and me, urging all present to buy our books! Some even obeyed Andrew's orders. But most importantly a fun time was had by all!

Lynn said…
Cool that you got this up so quickly! I've not uploaded my photos yet but Sunday was completely occupied... good to meet you, blessings on your work and in all your life, your marriage and family!
-- Lynn --
6:45 PM